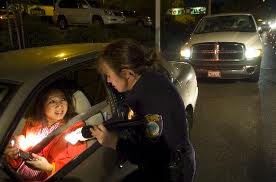 Police and sheriff’s departments across Illinois are stepping up patrols to try to reduce alcohol- and drug-related crashes this holiday season.

The Illinois Department of Transportation and Illinois State Police say the stepped up enforcement started this week and will continue through Jan. 2. It will be in effect at all hours, with heightened efforts in the evening.

The efforts will include DUI and distracted driving patrols as well as roadside safety checks and seatbelt enforcement zones.

Illinois State Police Director Leo P. Schmitz is urging anyone who sees an unsafe driver to call 911 and report them. 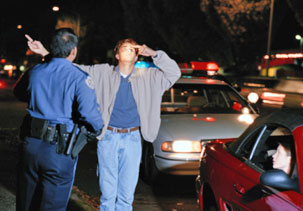 The Lake County Sheriff’s Office has announced that an increased traffic enforcement program for the holiday season will begin Monday and run through Jan. 2.

The “Drive Sober or Get Pulled Over” traffic safety enforcement campaign will focus on impaired driving and other violations, officials said.

“Beginning Monday, Dec. 18 and continuing into 2018, motorists will see increased traffic safety enforcement,” Sheriff Mark Curran said in a release. “Deputies will focus on those driving impaired, distracted, or without a seat belt. If you plan to drink, plan for a safe ride home.”

Curran said those drinking should have incentives not to drive, and a plan to avoid doing so.

“Today, there are more transportation options than ever. Find one you’re comfortable with and use it,” he said. 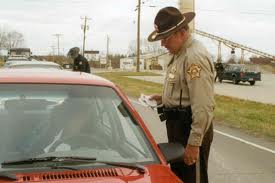 And from the Oak Lawn Patch:

The Oak Lawn Police Department has stepped up DUI patrols from now through the early morning hours of Jan. 2 to keep drivers and passengers safe as they search for alcohol and drug impaired drivers. Residents and those motoring through the village will notice an enhanced police presence on the streets, , as part of the year-end Driver Sober or Get Pulled Over enforcement. Officers will also be looking for drivers and passengers who aren’t buckled up.

According to Sgt. M. Acke, 37,461 people were killed in motor vehicle traffic crashes in the United States. Of those killed, 28 percent (10,497) died in crashes in which a driver had a blood-alcohol concentration over the limit of 0.08. Other nearby towns that have announced DUI patrols including Palos Park, Palos Heights and Orland Park.

“We are committed to doing whatever it takes to help save lives by keeping impaired drivers off the road,” Acke said.

You get the idea.

So, please, have a safe, happy (and arrest-free) holiday.